Parent: How was your day?
Child: Fine.

Parent: What did you do?
Child: Nothing.

Parent: What did you learn?
Child: Nothing.

Some of us get one-word answers. Others might get a litany of negative spewing that may be hard to believe (Can things really be that bad?). 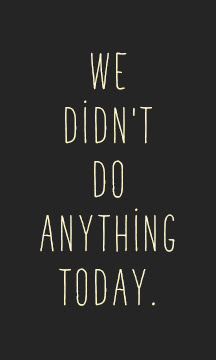 What kids usually mean: Most of the one-word-answers are coming from kids who are trying to end the conversation–they’re not in the mood to talk.  Maybe they’re exhausted from the day and just need some down time.  Maybe they’re still processing everything that happened.  Maybe they’ve been holding it together all day and just need to fall apart a little.  Kids who spew or vent (kids who have a long list of negatives) are often processing as well; they just need to let it out and then it’s done and over in their minds.  We’re not that different as adults.  Many of us probably collapse on the couch after a long day and need 15 minutes before we can start on dinner or the evening activities.  Or we need to go off on one event that bugged us (we *might* exaggerate as we vent) to get it out of our system, before we can see that the rest of our day wasn’t bad.  Whether they process internally or spew, kids usually just need some time.  You probably shouldn’t take any of it very seriously… maybe even give them some time before you start a conversation.  If you just make time together, they will often come around and share their thoughts when they’re ready.

What can you say?  It’s important to give kids the appropriate and accurate words for what they really feel.  If they are giving you one-word answers, you can request that they just let you know that they don’t feel like talking right then.  At some point when you’re having a good conversation, you can ask them if they prefer you not question them at the end of the day when they get in the car (or whenever it happens).  Ask them when would be a good time to talk about their day.  Adolescents often want to talk later at night.  Some kids may want you alone without a sibling listening.  It’s appropriate to communicate that you need to talk with each other at some point, but let them have a say about when.

If your child is one who vents, it’s important not to buy into it (assuming you don’t think there is a true crisis) anymore than you believe that the one-word child really did “nothing” all day.  Resist the temptation to get pulled in and believe it all or to try to solve the problem.  Depending how often it happens, you may even limit the sharing to something positive–something he did for someone else, something she learned, or something good that happened.  Otherwise you could be rewarding a pattern of negativity with your attention.  There is all sorts of research demonstrating that we have to train ourselves to be positive–and that we’re happier when we do.  Again, at some point when you’re having a good conversation together, you can point out the pattern of negativity and reflect on that with them.  The more they are thinking through what they do and why, the more self-awareness they will develop over the years.  They’ll usually need your help with this, but it will pay off.