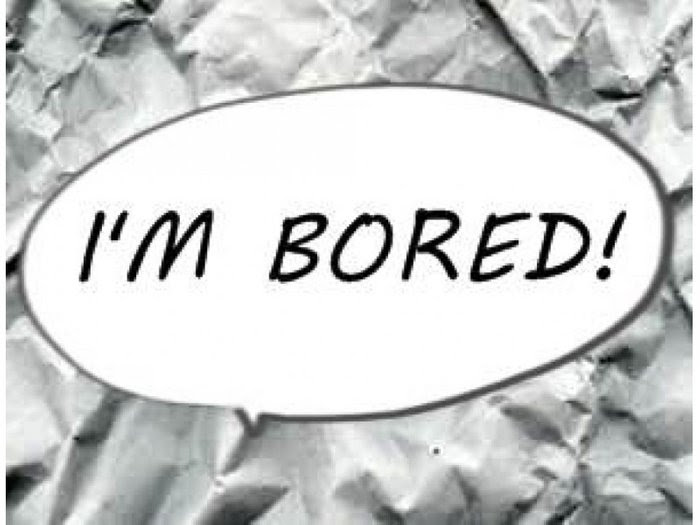 “I’m bored” is in a slightly different category than our first two phrases because kids generally mean it without any exaggeration or dramatization. But we hear it often enough when it shouldn’t be true, that I’m including it in this series. Whether it’s Christmas afternoon when they’ve played with every present for 15 minutes already, or standing in line at Disney World, we are often shocked to hear it.  It’s important to remember that boredom isn’t a bad thing for children, whether they are at the height of over-stimulation or enduring a monotonous few days sick at home. Pulling themselves out of their own boredom is really good for kids. They truly don’t get enough experience with this particular skill in our society.

What kids usually mean: If kids are bored in a stimulating situation, it often means they are overstimulated, like an emotional sugar crash. If kids are bored in a low-key situation like a lazy, summer afternoon, it is likely because they are in between activities and feeling aimless. Neither situation requires your intervention. They just have to work their way through the feeling. This builds up stamina for feeling the “blahs.” It builds creativity, curiosity, and resourcefulness in addition to links with improved executive functioning (planning) and responsibility. Sometimes we do need to intervene on boredom, but the signs will usually be misbehavior (making something more interesting in an inappropriate way) or disengagement (tuning out and shutting down).  In these cases we can teach the child skills for making something more interesting (creating a light-hearted game or connecting the duty to analyze poetry in class to something that matters to them) or remove them from the situation (let them quit that particular activity or limit the length of time visiting Grandma at the nursing home). They will not usually recognize the feeling and will call it boredom though.

What can you say? Simply not giving the child a whole lot of attention for this comment is often going to take care of the problem. If the whining continues, an offer of chores can do wonders. Explaining that boredom is good for them is an effective way to curb the whining as well. Offering up “fun” options — well, those usually get shot down, although solving the problem for them is not likely the best route since we want them to develop the ability to comfort themselves and push through. If the issue is constant, teaching them coping skills like making lists of options and duties, saying “complete three items on this list before you come tell me you’re bored,” or “draw one thing out of this jar and do that” can help them because you’re not solving the problem for them completely.  Kids who can work through quiet times without screens and other automatic entertainment will have an advantage in almost every area of life, the most important of which is being content in their own minds.

Hear a phrase all the time at home? Send it to me and we’ll talk about it. If it’s a common one, I’ll add it to this blog series!